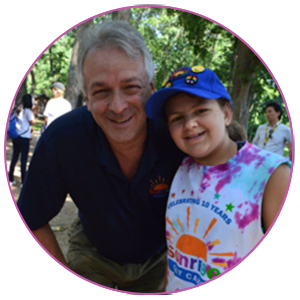 Arnie Preminger has been involved in not-for-profit organizations for the past 41 years, having begun his career as a youth worker and camp counselor in the Bronx in 1976. For 29 of those years, Arnie served as President and Chief Executive Officer of the Friedberg JCC. During that time, he presided over the expansion of the agency from a $120,000 operating budget to its current incarnation as the only full-service JCC on the south shore of Long Island with annual operations totaling over twelve million dollars. Arnie has overseen the fundraising and construction of two major facilities, including a 57,000 square foot center for operations in Oceanside and an 8800 square foot pavilion at the Henry Kaufmann Campgrounds in Wheatley Height. He is currently involved in a new 18,000 square foot expansion adjacent to the JCC’s main facility.

Arnie is the founder and CEO of Sunrise Day Camp, which he opened in 2006. Sunrise Day Camp was the the only full summer, dedicated day camp in the world for children with cancer and their siblings – located on Long Island, New York. An initiative of the Friedberg JCC, Sunrise quickly expanded its services to include year-round programming, hospital visitations, and bringing camp activities into outpatient clinics at affiliated hospitals. Arnie was recognized in 2006 with the “Health Care Heroes” award through Long Island Business News and again in 2009 as the first “Eyewitness News Hero” by WABC TV in New York. In 2010, Sunrise opened its second summer day camp (in Israel), hosting Israeli children, both Jewish and Arabic.

Sunrise opened its third day camp (in Rockland County, New York). In 2014 Sunrise-Israel opened its second program site. With the success of these 4 camps and 11 year-round in-hospital programs, in 2014, Arnie transitioned his role at the Friedberg JCC and is leading the Sunrise Day Camps Association as its President and Chief Executive Officer. The Sunrise Association’s mission is to replicate Sunrise camps and in-hospital services throughout the world. In addition, it oversees and provides guidance to existing Sunrise programs. Rapidly growing, the Association currently oversees 8 Sunrise Day Camps (3 in New York, 3 in Israel, 1 in Baltimore and 1 opening this summer in Atlanta), has 15 Sunrise on Wheels in-hospital programs, and provides a myriad of other programs year-round.

Arnie holds a Bachelor’s Degree in Political Science and a Master’s Degree in Social Work. He was the first recipient of the Bessie Pine Award for Excellence in Mentoring and has trained emerging professionals as JCC Association’s “Scholar in Residence”.

Additionally, he served as President of the Eastern Region of the Association of Jewish Center Professionals, and was the first recipient of The “Sofer” award (which is Hebrew for “Scribe”) by National AJCW for excellence in writing. Arnie presented the first scholarly alumni’s paper on “Social Work and the Holocaust” at Hunter College School of Social Work’s 100th Anniversary Symposium. His articles on myriad social and political issues have been published in Newsday, The Jewish Star, the Jewish World, the JCC Association Circle, and recently in the “Chicken Soup for the Soul” series. He is co-editor – along with Joe Harris – of the JCC Association publication “Strategic Alliances: A Compilation of Successful Collaborative Programs” and has taught on the subject to professionals around the country.

Arnie is the proud father of two remarkable children (if he says so himself), Melissa and Sam, both of whom he says are his greatest achievements 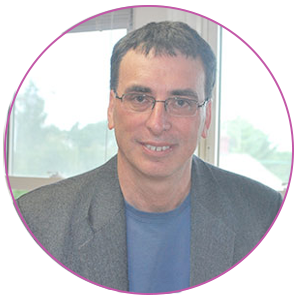 Joel Block is the Chief Operating Officer for Sunrise Association. He was the immediate past Executive Director of the Marion and Aaron Gural JCC. There, Joel led the agency during a period of incredible growth that included the purchase of the Temple Israel Campus and the opening of the largest Kosher food pantry on Long Island. In 2013, Joel stepped down as the Executive Director of the Suffolk Y Jewish Community Center, after 30 years of service; 18 as Executive Director. Joel started his career at the Hartman Y in Far Rockaway in 1978 and was hired as one of the first full time Jewish Educators in the UJA-Federation network in 1983.

Joel has been at the forefront of many of the initiatives and programs that have come to define the Jewish communal movement. In 1991 Joel and Egon Mayer won the first Covenant Award for their work with interfaith families. At the Suffolk Y JCC he piloted the Melton School, started Israel partnership programs, and was a founder of the Tri-Center movement.

During his career, Joel has been recognized for his community relations work with awards from the Association of Jewish Center Professionals, United Jewish Ys of Long Island, Community Chest South Shore, the Islamic Center of Long Island, and the Suffolk County Human Rights Commission. Joel received his Master’s degree from Yeshiva University Wuzweiler School of Social Work with undergraduate degrees in history and economics. He is a graduate of the Columbia Business School Not-For-Profit Institute.

Joel is a contributing author of the book, “Portrait of a Jewish Community” and has  served on the Board of Directors of the Stony Brook University Hillel Foundation and Bachurei Chemed synagogue in Long Beach. Joel lives in Merrick, Long Island with his wife, Tina and two sons, Michael and Adam. 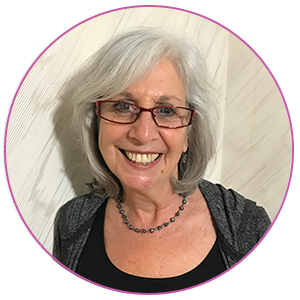 Michele began her career with us as the founding Camp Director of Sunrise Day Camp Long Island since 2006, our inaugural year. Having developed a successful and replicable model, she guided the development of our other  camps in United States (Pearl River, Staten Island, Baltimore and Atlanta)  and Israel ( Ramat Yochanan, Beit Yehoshuah, Be’er Sheva). Currently, as the Sr. VP of Camping and Related Services, she continues to work toward developing and managing new programs, modeled on our flagship program in Long Island. She supervises all of our camps and year round programs with a strong commitment to excellence in all we do.

She is now an active member of the Children’s Oncology Camping Association, and serves on the Gold Ribbon Accreditation Committee and Annual Conference Planning committee.

Her professional career has included extensive work in leadership, staff and board training, program development, community outreach, camping and fundraising. Michele’s camping experiences includes directorship of two overnight camps, Camp Tel Yehuda in Barryville, NY and Camp Wise in Cleveland, Ohio. She has worked in JCC’s and communities across the country and was the creator and founder of the Joe Levit Family Parenting Center of Houston, TX, and the Solomon Schechter Day School of Cleveland, Ohio. Michele also served as Regional Director of United Synagogue in the Southwest. During her tenure as an Assistant Executive Director at three community centers, she supervised each of their day camp programs.

Michele has an undergraduate degree from Herbert H. Lehman College in NY, and a Masters in Social Work Degree from Yeshiva University. Her goal for our campers and families is to benefit from our Sunrise community and feel nourished and strengthened by their experience with us. 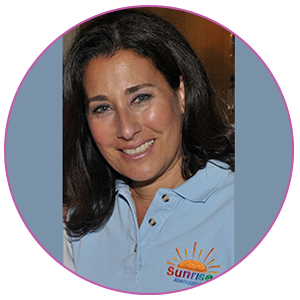 Beth Fetner leads a team of development professionals which has successfully raised over twenty million dollars since she joined in 2008 and oversees the agency’s $4.5 million annual campaign. Under Beth’s leadership the development team has provided the resources for Sunrise to grow from one camp on Long Island serving 96 children, to the addition of two more camps – in Israel and Pearl River – currently serving over 1,000 children.

During Beth’s tenure, Sunrise quickly expanded its services to include year-round programming, hospital visitations and programming that brings camp activities directly into in/outpatient clinics at 9 of Sunrise’s 23 affiliated hospitals. Providing smiles and hope since 2006, with the addition of multiple year-round programs both in and outside of the hospitals, Sunrise touches the lives of nearly 3,000 children each year.

Before joining Sunrise Day Camp, Beth was a Senior Development Executive at UJA-Federation of New York where she was responsible for the New Leadership Campaign – a one million dollar campaign whose focus was to develop leadership amongst donors on the North Shore of Long Island. As a past lay leader for the National Council of Jewish Women South Shore Section, Beth played a number of roles including Annual Luncheon Chair, Vice President and President. During that time she created fundraising events which featured First Lady Hillary Clinton, Governor Mario Cuomo, Ruth Messinger, Dr. Judea Pearl and Malcolm Hoenlein.  She has been involved in the Jewish communal world both as a lay leader and fundraising professional for over 20 years.

As Senior Vice President of Development, Beth’s goal is to show that dreams really do come true. Beth serves as the key fundraiser for Sunrise Association, helping raise the necessary funds to provide free camps and programs for children with cancer and their siblings around the world. 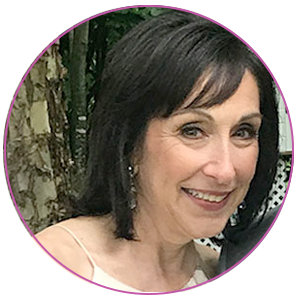 Bonnie Flatow has been an integral part of the development and growth of Sunrise Day Camp even before a single child was registered. A medical technologist at the renowned Memorial Sloan-Kettering Cancer Center, Bonnie began her work with Sunrise as a volunteer in 2006, helping to guide us through the maze of hospitals and medical issues.

Bonnie served for two years as chairperson of Sunrise Day Camp-Long Island. She constructed the advisory board, implemented innovative programming such as Sunshine from Sunrise (and personally visiting many of our children when they are hospitalized), and Sunrise on Wheels, which brings Sunrise Day Camp directly into inpatient units and outpatient clinics. Bonnie also serves as liaison to all hospitals involved with Sunrise. She reaches out to new medical and respite institutions to form new affiliations and establish new Sunrise on Wheels programs. Bonnie has twice visited Israel as part of the team working to build our Sunrise-Israel Day Camps, and coordinates communication with so many in our Sunrise Association hospital and medical community.

In her role as Senior Vice President for Hospital & Community Relations, she oversees the creation of Sunrise on Wheels and Sunshine from Sunrise in pediatric oncology centers throughout the world. Bonnie helps make the hospital experience less traumatic for children undergoing treatment. 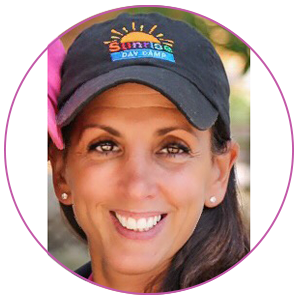 Prior to joining the Sunrise team, Aileen was with the FEGS Health and Human Services System for 20 years where she was the Assistant Vice-President – Family Services. Additionally, she was involved with program development, and oversaw outreach, clinical services and community and professional education initiatives. She served as the agency consultant to the entire FEGS staff that worked with individuals and families coping with trauma related issues. Aileen has presented at many conferences and workshops on the issues of domestic violence, substance use/abuse, women’s health, child development, bullying, body image and other trauma related subjects both nationally and internationally. She has served on various boards, community coalitions and task forces. 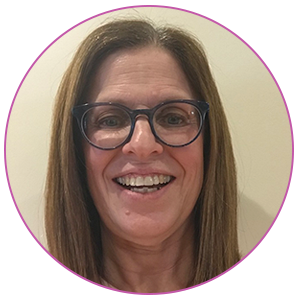 Judy Fishkind began her career in Public Relations in the Financial Services sector. In 1988, she moved over to the non-profit side as the Director of Public Relations for the Mid-Island Y JCC. Thirteen years later, Judy became the first Marketing Director for the Barry & Florence Friedberg JCC, which had just opened their new 57,000 square foot building in Oceanside, under the direction of President & CEO Arnie Preminger.

She is proud to be part of Sunrise Day Camp since the beginning – watching it grow from a dream to a reality. Judy has been instrumental in spreading the word about Sunrise through local, national and international media. Her team oversees the marketing initiatives in all camps — providing print work, video creation, creative support for all events, websites, social media and press relations.

Having personally experienced the profound effect of camp on a child going through a tough time, Sunrise is Judy’s passion. “My favorite part is seeing a child having fun, getting dirty and…just being a kid.”